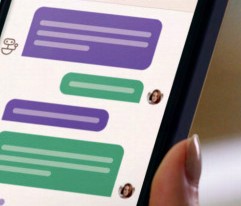 Last week, the Federal Trade Commission sued Facebook for anti-competitive and monopolistic conduct. After a long period of investigation, the complaint alleges that Facebook's acquisition of Instagram in 2012 and of WhatsApp in 2014 were part of a systematic strategy to eliminate any threat to its monopoly on social networking. The complaint also cites Facebook's anticompetitive conditions imposed on software developers, such as only allowing APIs available to third parties if they agreed to refrain from developing competing functionality or promoting other social media platforms.

The lawsuit occurs against a political backdrop that is increasingly critical of Facebook and other Silicon Valley tech giants. It is important to note, however, that this lawsuit pertains only to Facebook's predatory treatment of smaller tech companies, not its accountability in the content or information space. While the legal proceedings of this case could last from months to years, it is possible that the end result would be a breakup of WhatsApp and Instagram from their parent company, akin to legal battles with Google's parent, Alphabet.

This week's top tech headlines, curated for you: