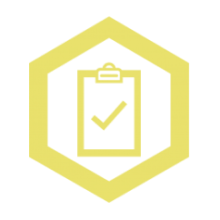 Apollo is an open-source data management system that is designed to support citizen election observation and other large-scale structured data collection. NDI hosts Apollo for partners through its DemCloud cloud-hosting service.

Please contact us for: use cases, approximate cost and a timeline for implementation

Citizen watchdogs play a critical role in validating political processes, but to be convincing they must back claims with data. Elections are one of the foundations of a legitimate democracy when the official results truly represent the will of the voters. Systematic election observation requires large amounts of structured information from hundreds or thousands of observers and determining what it means – fast. Developed by Nigeria-based TimbaObjects in conjunction with NDI’s Elections team, Apollo aids the management of observers, verification of collected information, and automated aggregation for analysis. Apollo has been implemented in dozens of countries, including Cote d'Ivoire, Morocco, Tunisia, Azerbaijan, Uganda, Kenya, Liberia, Nigeria, Malawi, Mali, Moldova, Zambia, Zimbabwe, and Tanzania.

POECI conducted the country’s first-ever sample-based citizen observation for the 2015 Presidential election, which used Apollo to collect data on the conduct of the election to provide credible, independent analysis on the quality of the process. POECI observers used cell phones, SMS messages, and standardized checklists to provide real time data on key aspects of voting and ballot counting, including the opening and closing times for polling stations, presence of appropriate electoral materials, successful deployment of new biometric authentication technology, and adherence to the electoral code. Their observation also enabled an independent estimate of the election results.

On election day, POECI deployed observers to a representative sample of 755 polling stations across the country, covering each of the 14 districts, 31 regions, and 107 departments of Côte d’Ivoire. Observer reports, in the form of coded text messages, were aggregated in Apollo, for rapid review and processing by trained statisticians. POECI ultimately received 5,285 observer reports via 38,000 text messages, which included 396,375 data points – and 100 percent of the data expected from every single observer.

POECI observers reported that the process of voting went smoothly; nearly all polling stations had the right supplies and staff and followed the correct procedures. The observation statement noted scattered incidents, including intimidation or violence towards election officers, but no nationwide trends raised questions on the overall credibility of the elections. The evaluation of the process as free, fair, and credible, along with the verification of the outcome, helped candidates and political party members accept the results and advise their supporters to remain peaceful, win or lose.

In the 2016 parliamentary elections and 2018 regional and municipal elections, POECI continued to improve its capacity to deploy observers, collect data and communicate seamlessly across the organization. They have used Apollo and integrated communication tools to mass message observers for activity reminders, as well as to customize survey question responses from groups of observers on the fly. POECI is planning to continue to use Apollo as they look ahead to monitoring the presidential elections in 2020.

Surveying with Civi in Côte d'Ivoire

Elections and Data Routing in Mali

Under the Guidance of Apollo