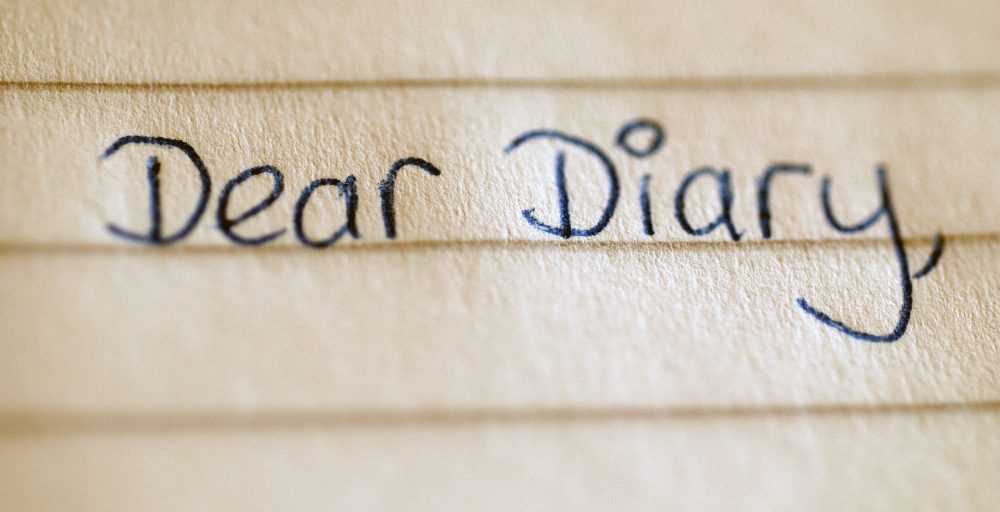 I first became acquainted with the concept of weeknotes after a meeting with Dan Barrett of the UK Parliament's Digital Service when he passed through DC this summer. We followed him on Twitter (and you can too!) and I noticed he linked to a weekly summary of his workweek published on Medium, with an intent to improve the transparency of what he and his team do on a day to day basis (also, there are some good gifs). Since I sometimes get the question: “What do you do anyway?” I thought maybe this might be a good way to both answer that question, as well as reflect on the processes we undertake, highlight our successes, and analyze where we fall short (and why). In my detailed and thorough research about the popularity of weeknotes (i.e. a very quick scan of Twitter for tweets containing “ #weeknotes”) I found them to be concentrated mainly in the UK. Surprising, given that Americans seem more inclined toward oversharing and public-facing self-reflective analysis. Thus: time to bring weeknotes back to this side of the Atlantic where they belong!

Should this prove to be a useful exercise, the format of this will probably evolve, but for now essentially reads like a diary of the week (hopefully without the adolescent existential angst one might expect from a diary).

Monday: Priority is staying awake after returning yesterday from CivicTech Fest in Taiwan - an intense week of everything related to civic technology, with a big splash of the Code for All community thrown in for good measure. Attending conferences can feel like an indulgence at times, but when you get one that offers so much potential to impact the quality of your work through the tools discovered, relationships formed, or the great ideas shared - you try not to feel too guilty for being out of the office. Incidentally, during this conference I learned that Code For Canada also does weeknotes, further cementing my desire to try out this process.

Basically, Monday this week can be summarized by: lots of caffeine, and lots of catching up.

Tuesday: One of the main priorities for this week is finalizing a Scope of Work (SOW) for making improvements to one of NDI's flagship DemTools, the Elections platform - or as it's referred to both by the developer and internally here at NDI - Apollo. Since being introduced in 2011 as a data management tool for collecting observer data submitted during elections, Apollo has gone through various improvements and bug fixes, but right now we have the funds to make some significant upgrades to better address some of the “big ticket” issues we’ve had with the tool. Getting the SOW together requires collaboration between two teams who are financially (and emotionally) invested in it, and trying to compile both teams’ extensive wish lists into one easy to implement document.

While NDItech has kept an ongoing and detailed “roadmap” of the desired Apollo upgrades, we wanted to take the opportunity this time to better align our improvement requests with actual user stories (i.e. the more proper way to go about the software development process). So while we may be a bit belated in implementing this process, we’ve had a few fun sessions over the last couple months with different folks here at HQ in creating different User Personas and User Stories for the different facets of Apollo. For reference, a great User Persona template can be found at xtensio, a free online tool that allows significant customization and also looks pretty when you’re finished.

Jonathon Morgan of New Knowledge came by the office for a really fascinating brown bag discussion about research they’ve worked on around propaganda and alt-right bots during the election. Jonathon also spearheads the Data for Democracy effort, an online community of data scientists and other tech-inclined folks who collaborate on social impact projects.

Also today, a meeting with our partners CIPE and CIMA to strategize around our work on Open Internet advocacy, which involves planning for both a presentation at the Tech4Dem Happy Hour on Wednesday and a podcast being recorded on Friday.

Wednesday: NDI is fortunate to be a recipient of funding from the National Endowment for Democracy (NED), but with that blessing comes the curse of what feels like endless proposal writing. In this case, we’ve been working on one for the past few weeks that now involves four different teams within NDI, which makes for an interesting (read: sometimes vexing) coordination process to get all the pieces in on time. Due date is on Friday, so some time has been spent today on wordsmithing parts of the narrative and working on budget notes. Happily, the colleagues with whom I’ve been working with on this are awesome, and make the process better than usual.

Unhappily, most of this day has been sucked up by a particularly gnarly expense report that is due by the end of the week, for which I naturally have misplaced receipts. NDI’s new online-based expense reporting platform is supposed to make our lives easier, but instead I feel like I’m careening toward a mental breakdown. The Accounting team, however, has been gracious in offering support, so I can’t complain TOO much.

After this detour through administrivia, it’s a meeting with IFES and IRI, NDI’s partners under the CEPPS initiative. For the past two years, those of us working on tech programs have collaborated together to try and strengthen our respective organization’s approaches and integration of technology into both organizational operations and program design. It’s a fruitful meeting - with some hopefully easily achievable goals defined and a rough next steps timetable laid out. A key goal for us is making sure we effectively market our tools and products, and letting people know what kinds of resources are available to them. While we’ve done this in the past, normal turnover cycles at each organization make it necessary to revisit this effort ASAP.

Finally, off to the Technology for Democracy Happy Hour (aka: Tech4Dem HH - sign up for our mailing list here!), which NDI hosts along with DAI, IREX, and IRI. These are semi-regular events to try and bring those of us interested in (wait for it…) technology and democracy together to chat in a more informal environment. One distinction of our happy hour from others is that we do try to allot about 10-15 minutes to a presentation of a specific topic, tool, or approach just to get some “learning” in along with the socializing. Tonight’s topic features yours truly along with my colleagues Maiko (Center for International Private Enterprise - CIPE) and Dan (Center for International Media Assistance - CIMA) talking about our organizations’ aforementioned collective effort to develop a democratic-oriented approach to Open Internet Principles (read more about this here and here). The presentation goes well, we get some good questions, and meet some cool people. Success!

Thursday: Still suffering from jetlag and really early wake-up times, but manage to make it through a fairly productive day at the office.

Most importantly, we’re finally putting to bed the draft SOW for Apollo/Elections, having synced up with the Elections team and figuring out what our priorities are. I’m actually excited for this to get started, as I expect it’s going to add a lot of new functionality and UX improvements to the platform that we’ve all long been wanting.

In the afternoon, a long discussion with regional and functional teams about a new Request for Application (RFA) that just came out. Not as much to do for our team at this stage, since the program design piece will come a bit later. Still, the exposition about the context and security conditions are good to hear about, as it definitely impacts what types of components we will eventually recommend.

Prior to leaving for the day, a few of us have an impromptu, and actually really fruitful gathering to plan a mini team retreat for next week on what will likely be the only day we're all in the office at the same time.

Friday: The morning starts off with a stressful but necessary strategic planning conversation around one of our programs this morning. A key challenge in program design is ensuring the really Great Big Idea fills a gap, is implementable, and the impact is measurable (preferably sooner rather than later). There are a lot of components weighing in on this particular project, and it’s important to remind oneself from time to time that coming up with a plan and making an attempt at it, is much better than no plan at all!

Later in the morning, I brainstorm with our Comms team about improving FB advertising strategies across the Institute, and how we might better integrate all the disparate country specific FB page content out there.

In the afternoon, it's over to CIPE to record the podcast on the Open Internet Principles. It’s my first time doing one, and fortunately there weren’t too many deer in headlight moments I had in front of the mic. It’s exciting to get word out about the project in a different type of way, and the 30 min recording session speeds by, but nevertheless we’re all relieved when it’s finished. Combined with the Tech4Dem HH this week, I feel like I've basically been on a (very) small-scale publicity tour this week.

My expense reports are still not finished, but because it’s a Friday at the end of September - and because I studied German for nine years so I consider this completely justified - a few of us head out a bit early to go celebrate Oktoberfest. Prost!