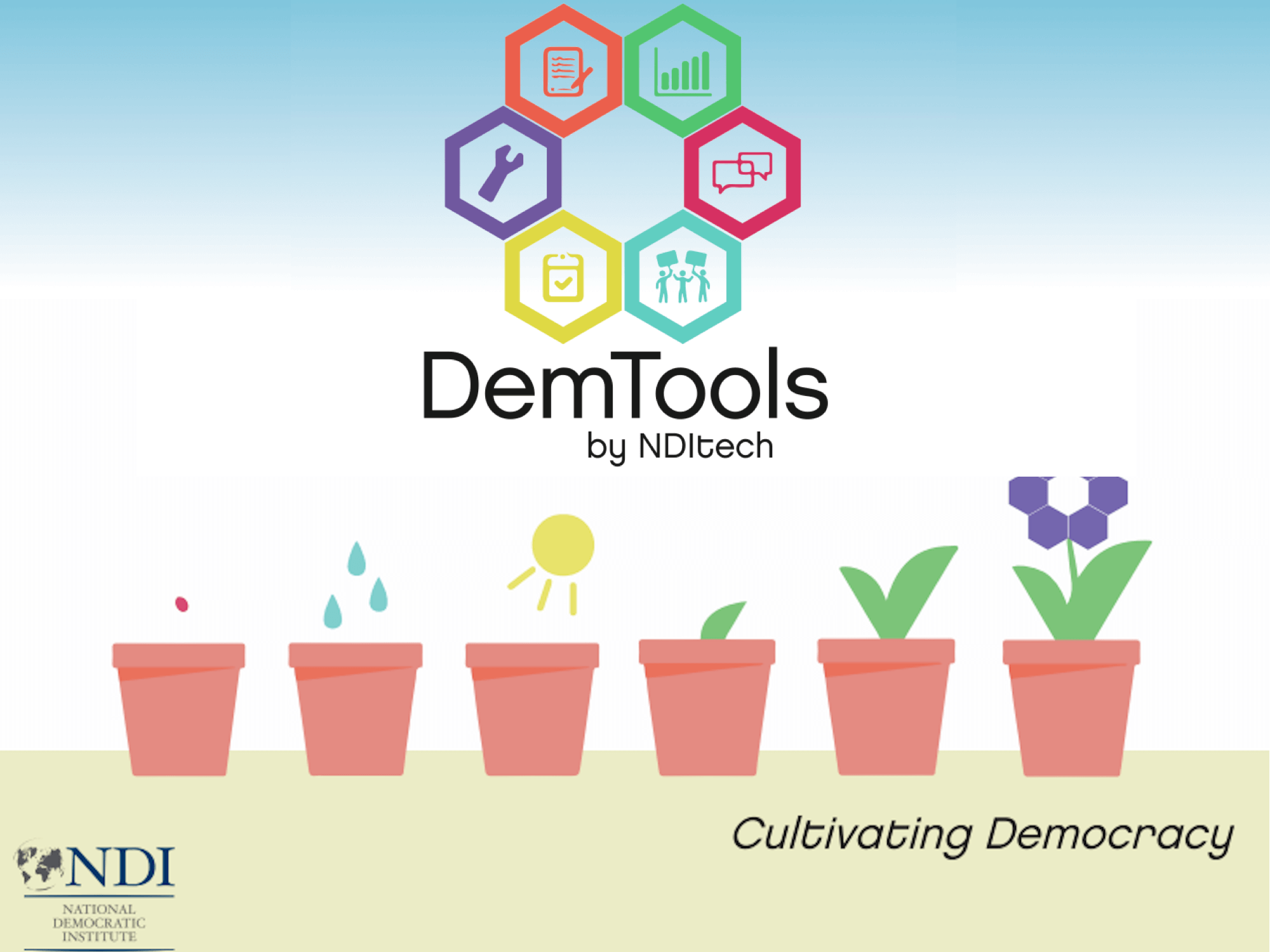 Caption
DemTools 2.0 Logo - Cultivating Democracy
On December 9, the NDItech team is launching a new and improved version of DemTools, democracy’s digital support toolkit. We’ve put a lot of sweat, tears, and code (no blood so far) into this adventure and are ready to share it with the world.
Elections. DKAN. FixMyCommunity. Petitions. Issues. Civi. All six are wrapped up and ready to ship. We’ve made huge improvements to the previous tools - Civi, Elections, and Issues - based on our experience deploying them with dozens of partners in the past year while adding three powerful new systems - Petitions, DKAN, and FixMyCommunity. We’ve partnered with some of the best open source developers in the world on DemTools, adapting and distributing code from mySociety, NuCivic, CiviCRM, and the White House. You can check out the raw source on GitHub if you’re interested in any of the nitty-gritty stuff.
Powerful new systems are useless if you don’t know how to effectively make use of them. We’ve written reams of new documentation that can guide a civic group, political party or government institution through the basic steps of getting started - and how to effectively use DemTools to drive political change.
To open these tools up to as many people as possible we’ve been working with translators, including NDI’s Arabic Publications Center, to make them available in French, Spanish, Russian, and Arabic. We’ve worked hard to make the tools more accessible for people with disabilities and easy to read on inexpensive smartphones.
We’re having a major launch event to properly introduce DemTools 2.0 at the Carnegie Library with NDI board member Howard Dean as our keynote speaker. We'll be publishing a link to RSVP soon. For friends who can’t make it to the event, but still want to catch the festivities, we will have a livestream our livestream. Be sure to jump into the conversation on Twitter by tracking @DemTools, too!
It’s been a long, exciting journey and we’re nearly to the finish line in launching DemTools 2.0. We’re incredibly grateful to the excellent members of our team, our partners and supporters, and everyone who’s had a hand in making this vision become a reality. We hope to see you (or your tweets) on December 9th at the Carnegie Library!
Topics
NDItech
Projects
CiviSociety
DKAN
Elections
FixMyCommunity
Issues
Petitions