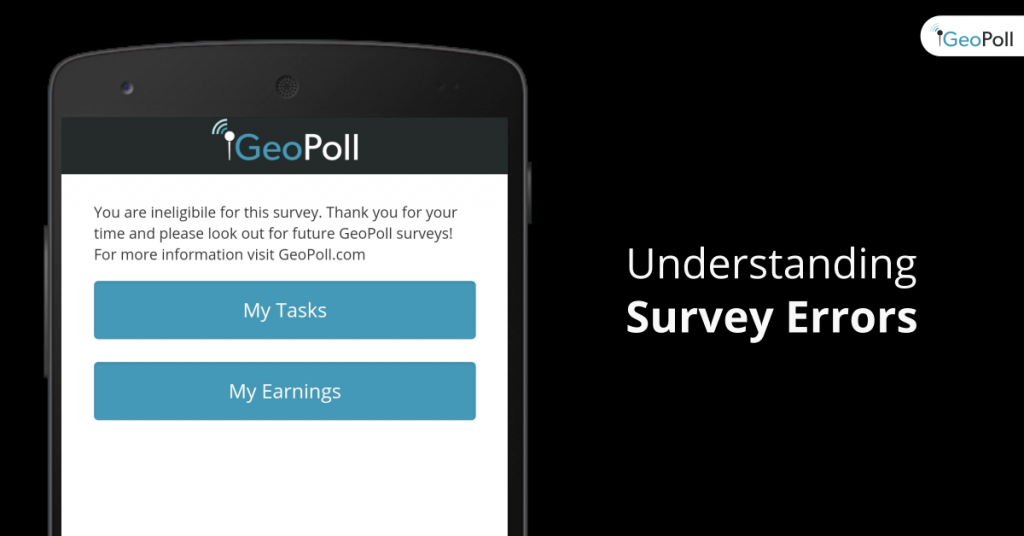 The NDItech team recently had the pleasure of hosting leaders from GeoPoll to discuss how their mobile phone survey technologies can gather insights into critical development questions. Scott Lansell, GeoPoll’sVP for Business Development, broke down the intricate process involved in collecting data through mobile phones in Africa.

NDI does a great deal of work in Africa. Given the complexities of government and society across the continent, it can be very valuable to understand how citizens feel about important or controversial topics. NDI has collaborated with GeoPoll in the past to obtain opinions from real people experiencing challenges in their countries. For example in NDI has collaborated with GeoPoll to collect specific data on political participation among women and youth in Ivory Coast. Other organizations working in this space include RIWI, who runs ingenious internet surveys, and Viamo, who has various interactive voice response (IVR) and SMS-based data collection systems.

Until recent times, traditional methods such as phone polls, in-person surveys or focus groups were the best available means to gather useful information for programs run by NGOs around the world. However, the traditional approach to collecting data, especially in closed societies or conflict-affected regions could pose a risk for field agents.

These new mobile-based methods by GeoPoll are aimed at deriving crucial data through a targeted mobile survey, provides new ways of getting data faster, more cheaply, and in otherwise inaccessible environments, which can help to provide crucial information that will enable civic and political groups to use data in advocacy for change and strengthening democracy. One of the most striking aspects of GeoPoll’s technology is that it can incentivize participation through small phone credit top-ups for survey completion. That proved useful to get meaningful data from often hard to reach and politically marginalized rural communities in the Democratic Republic of Congo.

In a recently released USAID document on digital strategy, the organization notes that “the rapid diffusion of digital technology, such as mobile phones holds the promise of a new digitally-enabled global society, with the ability to improve development outcomes and promote an egalitarian society.”

Although there exist long-term privacy concerns of perceived intrusion and secondary use of information for bulk citizen data collection using similar methods adopted by GeoPoll, there is exciting potential for the future of text-based surveys in providing critical insights to development questions.