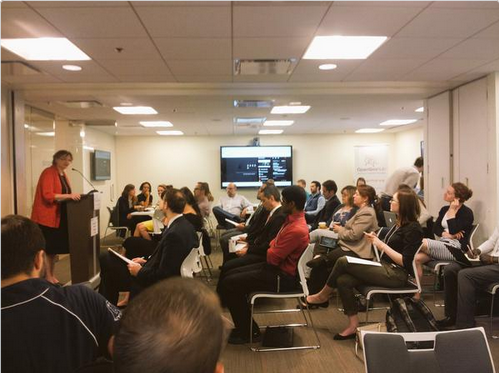 Caption
Great turnout at the hackathon

Central America is one of the most violent regions in the world (Honduras and El Salvador have the highest murder rates in the world). The region’s ongoing crisis requires attention from the foreign assistance community, which is why USAID’s Bureau for Management, the U.S. Global Development Lab, and the Bureau for Latin America and the Caribbean collaborated to host a two-day Open Data Hackathon last week, which I had a chance to attend.