What We Learned at RightsCon 2021 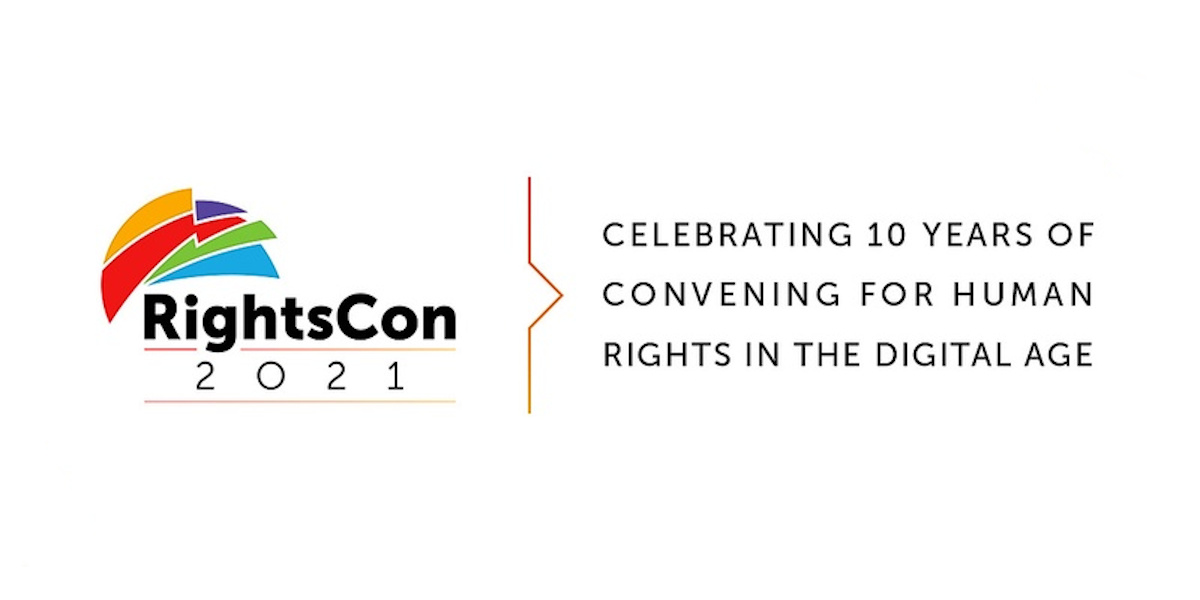 Caption
RightsCon 2021
As we near the end of the summer, the DemTech team has been thinking about our highlights. The pandemic has separated us in unimaginable ways over the last year, but the innovations it generated have also connected us in ways that we never thought possible. Because of this, in June, we were lucky to attend Access Now’s 10th annual RightsCon Summit - a huge highlight. We tuned into countless fascinating sessions, and hosted a few sessions of our own! NDI staff led presentations and community labs on the future of the internet and fighting censorship, new tools for human-centered design, creating and upholding norms, and countering disinformation.
On Fighting Internet Shutdowns & the Future of the Open Internet
Freedom House's 2020 annual report on internet freedom found that “for the 10th consecutive year, users have experienced an overall deterioration in their rights, and the phenomenon is contributing to a broader crisis for democracy worldwide.” COVID-19 is adding to the acceleration of the decline in internet freedom. This makes our partners in the digital rights space as important as ever. RightsCon emphasized the need for an open internet at this year’s summit. Speakers from open and closing societies alike helped us understand the status quo and envision what the future of the internet could look like. NDI led a community-led session on democratic futures and kept it light with a game of group Democracy Dixit.
Over the week, we heard a lot of conversation around resources to identify internet shutdowns and assist the coalitions of groups fighting for a free and open internet. Access Now discussed its popular #KeepItOn campaign and coalition developed to track internet shutdowns around the world. These shutdowns impact marginalized groups like journalists, refugees, and women; and crucial institutions like elections, healthcare, education, and business. Shutdowns like these keep NDI’s open internet programs going, because as long as there’s a need, the DemTech team will be there.
In addition to playing a defensive role against misuse of technology, digital rights leaders need to play a proactive role in setting norms and expectations too. In a panel on internet disruptions during elections, speakers discussed the strong correlation of political events and censorship, which means shutdowns can (and do) happen anywhere and anytime. The digital rights community needs to be prepared, which can be achieved through collaboration on tools and datasets to research and address disruptions around political events to decrease their chances of occuring.
Speakers shared several resources that organizations have developed to keep the internet open and hold governments accountable, including data from the OONI Probe and OONI net tests to measure internet censorship and CAIDA's IODA platform to detect internet outages in near-real time.
On Creating & Enforcing Norms
This year's RightsCon also featured a series of conversations on norms - how to create them and how to enforce them. In many situations, such as elections in authoritarian states and international law on emerging technologies and cybersecurity, global noms simply do not exist and need to be built from the ground up. But even where global norms for digital rights, internet regulation, or other issues exist, they are often not respected. Some speakers at RightsCon called for the community to focus on why norms are not respected, rather than putting energy into defining those that exist.
On the Intersection of Emerging Technologies & Human Rights
NDI strives to assess the impacts of emerging technologies using a human rights framework, so we were enthusiastic to listen in on discussions related to our work around 5G and human rights, VPNs and privacy concerns, and digital ID and civic rights. Some trends we noticed across these sessions was a shift in focus across the digital sphere from tech platforms to tech vendors as well. Companies involved in every point of technology development, from user-facing apps to those that manufacture the physical infrastructure of the internet, are now being held more accountable for their adherence to global norms and human rights records.
In the face of shrinking digital civic spaces worldwide and growing threats from authoritarians who wish to use the internet to surveil and silence, it can often feel like the digital world is only getting more grim. But this year's RightsCon served as an impressive reminder of a reason for optimism: the incredible work of digital rights advocates, scholars, and practitioners around the world.
The DemTech team has continued the conversation on our own with our summer-long Summer Series. Here, we teamed up with partners to discuss the white papers, handbooks, and courses we had been working on all year. Join us for our final two discussions on free tools for internet freedom and envisioning what a tech-empowered democratic future looks like. Hope to see you soon!
Related Tools
Open Internet Democracy Initiative
OONI Probe
Topics
NDItech