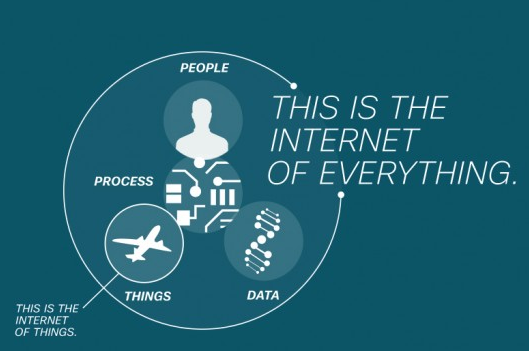 If you are reading this blog, I bet you have attended an event in the recent past where the new buzzy topic “Smart Cities” was discussed. I have been to several such events lately. Interestingly, each mention of ‘smart city’ I heard carried a slightly different meaning. Further, there is seldom an answer to the question, “To what end are the cities smart?”. So I decided to to clarify “smart cities” for myself. Here are some of my thoughts.

In smart cities, the information highway is as much a necessity as a highway. All smart devices are connected to a network and thus to other smart devices. For example, a Nest thermostat connects to the network and allows the homeowner to control the heat at home from his or her smartphone. A smart electric grid has a network of sensors that helps the grid collect information on the usage. Similarly, a smart city initiative in Portugal enables its citizen to stay online by installing Wi-Fi routers in taxis and buses.

All smart devices generate data. Data is meaningful only if it is acted on. Smart cities should have data driven institutions that make decisions that will improve the city’s performance and quality of life. This should help answer the question, “To what end are the cities smart?”. In the smart grid example, a data driven system helps the grid achieve better demand response from the information it receives about the customers use of electricity.

Data driven organizations should “acquire, process, and leverage data in a timely fashion to create efficiencies” according to Dr. D.J. Patil, the first U.S Chief Data Scientist. In his recent book, Data Driven, Creating a Culture, he describes that “if we build it, they will come” attitude rarely works in data. He recommends instituting decision making loop in small projects “and build on their success rather than creating a grandiose scheme”. This experimental process should look like iteration step described in my recent blog ‘Designing with the User’. Walmart has embraced a data-driven decision making culture since the 70s. Walmart was the first firm to implement data warehousing for inventory management, the first to install barcode scanner to improve the quality of inventory data, and the first large company to invest in RFID technology.

Cities should institute ways to catalog their data, provide training on how to use the data, and publish data in ways that are compatible with modern and available technologies. According to Dr. D.J Patil, 80% of a data scientist’s work is cleaning up data and preparing the data for use by people who are not data scientists. Once the data and institutions are in place, cities can take “Moneyball-like” approach to achieve efficiency. The open and available information can empower citizens through access to information.

In summary, a smart city is connected, a smart city acquires, processes, and leverages data from its institutions for achieving positive outcomes, a smart city promotes data driven decision making culture, and a smart city democratizes data for empowering its citizens.

Smart Cities and Citizen Rights - A Note of Caution

The “end user” of a smart city is the citizen. The rhetoric of smart cities from the definition above is all about efficiency, predictability, convenience, and security. According to Usman Haque, of the urban consultancy Umbrellium “all these things make a city bearable, but they don’t make a city valuable for its citizens”. Further, there are other concerns that were discussed in the 2014 Future Cities Summit, in London’s Docklands;

As Jonathan Rez of the University of New South Wales suggests, one way to avoid the pitfalls “might be for architects and urban planners to have psychologists and ethnographers on the team.”