Emerging Technology and Democracy: What can we expect to see? 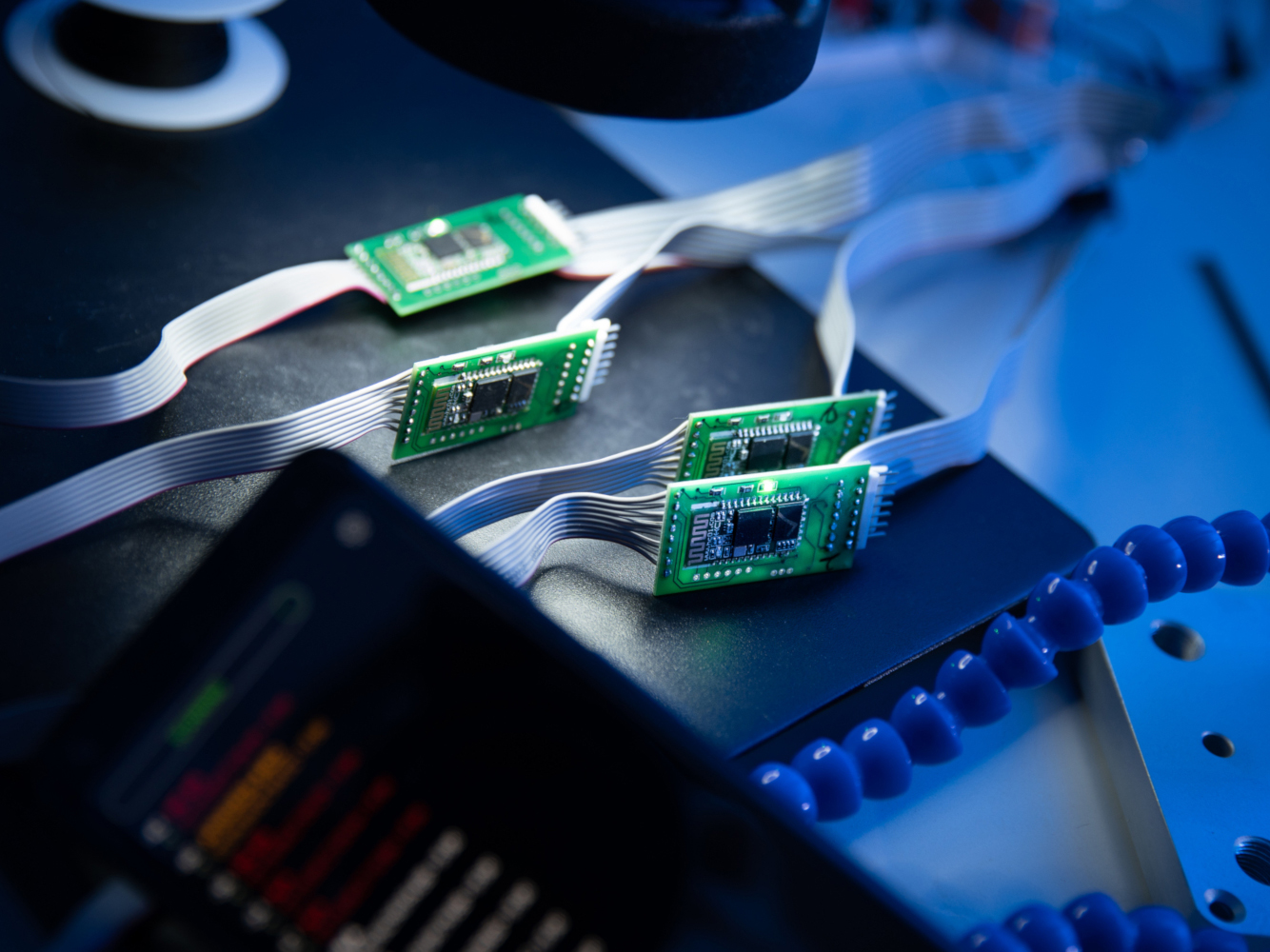 The past year has yielded mixed results for technology and democracy. While some landmark victories were made for digital rights, particularly on efforts to regulate the murky ecosystem of private spyware used against journalists and human rights defenders, global internet freedom declined yet again. Protests, elections, and coups have been marked by network disruptions that seem more commonplace every year, disinformation proliferated across platforms from both state-sponsored outlets and private PR firms for hire, and cybersecurity threats mounted against states, companies, and democratic actors alike.

And in the midst of all this news, the pace of technological change has only accelerated. While existing technologies continue to disrupt every facet of our lives, emerging technologies promise to upend the status quo even further. New buzzwords are coming into common parlance left and right, but what might the introduction of these new systems mean for democratic values?

Next Generation Technology Infrastructure and the "Splinternet"

Digital infrastructure for the next generation of cellular communications has already been deployed across much of the U.S. and Western Europe, but the next several years will see widespread adoption of the towers, cables, and network infrastructure needed to power 5G across much of the rest of the world. High speeds, low latency, and capacity to process vast amounts of data mean that 5G will revolutionize how we experience connectivity. This also presents numerous challenges and opportunities for democratic countries that are making decisions about hardware vendors and massive public investments into the future of the internet for their citizens. As companies like Huawei capture massive contracts and market share for 5G equipment, the most pressing threat from 5G to democracy may not be the Chinese Communist Party sponsoring this technology, but the aspiring authoritarians in fragile, backsliding democracies who will use the enhanced technical capabilities to surveil and repress. Faced with competing visions of the future internet, it seems as though the world faces two divergent paths for technology of the future: one dominated by rights-based application and regulation of tech, or one where freedoms of expression, association, and other human rights are constrained by increasingly powerful technological systems.

In the near future, artificial intelligence (AI) will also make leaps and bounds forward. When it comes to democracy, AI holds promise to improve service delivery, but it also aids in the creation and dissemination of disinformation and false content that undermines the media ecosystem and erodes trust in democratic institutions. While AI has been employed by social media platforms to automate content moderation processes, these applications have been punctuated by over-censoring as algorithms wrongfully flag and remove content, violating rights to free expression. In the public sector, flawed, opaque AI algorithms that promised to streamline service delivery are placing undue burden on persons with disabilities, flagging them for welfare fraud at higher rates. As whistleblowers and AI ethicists frequently point out, without proper oversight, AI-powered technology will hit marginalized groups the hardest as it finds new applications.

The growing use of artificial intelligence also has concerning applications for democracy in the area of surveillance technology, particularly biometric surveillance. Increasingly effective facial recognition tools have gone global, making use of AI's pattern-recognition skills through networks of sensors and cameras everywhere from Moscow to Seoul, from New York to Minsk. Without adequate protections for data privacy and human rights, mass surveillance will have a severe chilling effect on democracy in spaces where citizens perceive their words, movements, and habits can be tracked and logged by any device in their vicinity. While some recent tech-powered surveillance projects have been halted, autocratic governments looking to augment their abilities to monitor their populations will likely continue pursuing increasingly invasive surveillance technology.

Biometric surveillance risks more broadly will likely pose greater threats to democracy as apps and programs collecting biometric data continue to grow. One area that remains understudied are fertility and menstruation tracking apps (FMTs), that collect some of the most personal and intimate health data of women and those who menstruate around the globe. Lack of transparency surrounding what entities process data from FMTs means many people utilizing these apps are unaware of the extent to which the records of their cycles, symptoms, and behaviors are shared. If left unchecked, this leaves many women vulnerable to data misuse. In one potential nightmare FMT scenario, a prominent woman in politics or public life is hacked, and data she thought she was tracking securely is leaked to the public. It is then used by opportunistic actors to make misogynistic claims or comments about her intimate life, using the timing of her menstrual cycle to discredit her statements and debates, or using her efforts to avoid or achieve pregnancy as fodder to sexualize her and attack her character. It's a perfect storm of biometric data misuse, cyber-attacks, and online misogyny.

What Can We Do?

In the face of the threats these emerging tech trends pose to democracy, there are a few promising fronts for regulation and some innovative ideas of how we can direct these technologies in a way that recognizes and respects human rights and democratic values. First, governments need to target their investment in AI and other emerging technologies into areas that will benefit citizens and reduce inequalities, rather than exacerbating them. A key aspect of this will be improving capacity to create and enforce data protection legislation that protects the rights of citizens in the face of biometric data collection projects. Recent developments requiring Kenya's biometric identity system to comply with the country's laws by conducting a data protection impact assessment is a step in the right direction to improve the transparency of biometric systems and ensure data is not misused.

Another step to ensure accountability for the private sector companies developing these tools is to improve worker protections for the people who develop AI and other cutting edge technologies, according to AI ethics expert Timnit Gebru, who was herself ousted from Google's research team for her criticisms of their tools' algorithmic bias. Increased opportunities for employees to safely speak out and take a stance opposite profit-driven executives could help mitigate the dangers of these technologies, even while they are still in the development phase.

While many companies selling surveillance tech have piloted their algorithms in Xinjiang, authoritarians increasingly rely on tools and systemed developed by companies based in democracies. These companies need to face more scrutiny for selling to authoritarians, and our framing must move beyond the assumption that any Western-based company is inherently democratic and rights-respecting. The Export Controls and Human Rights Initiative, signed by Australia, Denmark, Norway, and the United States is a promising start to addressing the proliferation of emerging technologies for surveillance and repression that will hopefully find more support from democracies around the world in the year ahead.

Finally, as much as we focus on the harms brought about in the present, and potentially dystopian applications of emerging technologies in the future, it is equally vital that we acknowledge the benefits and social goods they may realize. I bring this up not because these benefits excuse any of these harms and ills; just the opposite. The gains made from emerging tech, whether economic growth, improved health outcomes, more responsive services, or any others, will accrue unevenly across countries, and unevenly across groups within countries.

As we hurtle towards a tech-empowered future, it's more crucial than ever that we turn our eyes to our own blind spots. We track where surveillance tech, AI, and other new tech tools are being deployed around the world, and who they impact, but it is just as important we look to where they are not deployed. Half the world still lacks access to the internet, and as governments turn to invest in shiny new AI tools, we must continue to ask who is excluded from these cutting-edge developments, and how we can bring these benefits to bear for all segments of society.