How Smart Automation Can Be Used In International Development 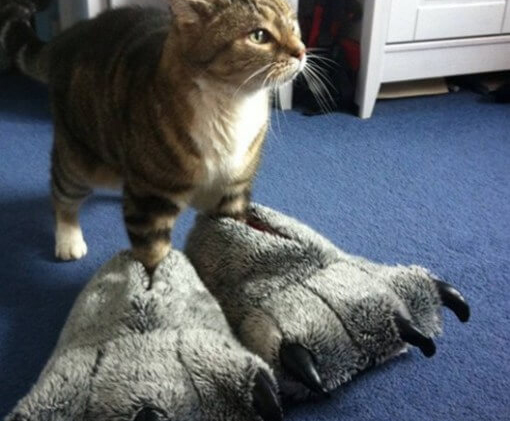 Caption
Yes, that’s a cat in giant cat-foot slippers. Read the story to learn why it’s (vaguely) relevant to AI.

Artificial Intelligence is one of those buzzwords in tech that everyone’s heard, but few people actually understand how it can be used in practice. If you’re to believe Hollywood or Stephen Hawking, AI either means androids that are indistinguishable from humans (except for the inability to use conjunctions) or super-intelligent computers that could spell the end of the human race. After attending a Tech Salon on how AI can be used in international development, I can say with absolute certainty that it is neither of those things… yet. But the “commodification” of AI is making “smart automation” -- a term I quite liked as a useful synonym for AI -- much more accessible outside Silicon Valley. In fact, you probably already used some form of AI today without even knowing it.

Before we get into how AI can be used in international development, let’s first understand for what type of things smart automation can and can’t be used. These capabilities or limitations can be broken down into three categories.

First, computers can now be trained to automate human intelligence. In other words, we can now train computers to do simple tasks that only humans used to be able to do -- things like find which photos in your photo album have cats in them. This is a learning process whereby a human sorts out cat photos and a machine-learning algorithm (another tech buzzword) builds its own model to automate the process of finding cat photos.

Second, smart automation is only really useful as a way to augment human ability; it does not replace humans wholesale. AI is really good at classification and prediction, but it will never be 100 percent accurate. You still need a human to monitor the results, check for bias and make judgment calls.

Ok, so, now that the AI found the cat photos, it’s up to you -- human -- to exclude the one that is just a realistic-looking cat-shaped slipper (how’d that get in there?!?) and post the cutest, most relevant one as your animal shelter’s Facebook cover photo. We’re trying rescue kittens, not sell cat slippers...silly computer.

Finally, computers are way better than humans at doing simple, mundane tasks over and over without error or referencing vast databases of complex information. Smart automation is, therefore, a pathway to scale.

The cat example doesn’t work quite as well in this case so I’m going to dispense with that metaphor and instead turn to a real-life problem. There are simply too few doctors in Nigeria, and -- given the size of the population and its rate of growth -- it will be generations before we can train enough doctors. Smart automation has been shown to be surprisingly accurate at diagnosing medical ailments. Combining AI-assisted diagnosis with community health workers -- who require way less training than a doctor -- could be an important pathway to scaling access to medical services in places like Nigeria.

So how would an organization like NDI get started in smart automation? The Tech Salon folks recommended starting with a mid-scale pilot project tied to metrics for success and getting top-down institutional buy-in. But for me, the “how” is way less important than the “what.” In other words, selecting the right pilot project based on previously successful use cases is way more important than the size or institutional buy-in of the pilot. Also, your organization should probably have the capacity to support “dumb automation” -- automation that doesn’t employ machine learning algorithms -- before it makes the leap to supporting smart automation.

NDI is currently looking for ideas on an appropriate pilot project for smart automation. If you have ideas, you can email me at jfrant [at] ndi [dot] org (<= hoping the AIs aren’t smart enough to read that… yet).