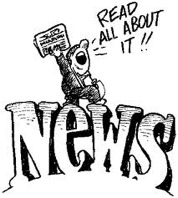 Since the launch of DemTools: the Democracy Toolkit in August, the NDItech team has been hard at work. We've developed several new features and integrated our suite of tools into a range of programs that support groups working for democracy, open government, and citizen rights around the globe. To better and share these new developments with interested parties, we'll be sending out a quarterly DemTools Newsletter.

The NDItech team welcomes your feedback and encourages you to stay involved in the toolkit's development process. We want to know how you're using DemTools, what challenges you're experiencing, and what improvements you'd like to see in the future. Share your comments, suggestions, and ideas with us at [email protected].

Tunisian election monitoring observation group and NDI partner Mourakiboun pursued three parallel vote tabulations, or PVTs, this year to assess the quality of Tunisia's Parliamentary and Presidential elections and verify the national results. Mourakiboun faced a tight timeline for the execution of a software system to manage their data collection efforts. Creating a new database from scratch is a painstaking and long process.

Building on the Elections DemTool, NDI and our lead Python developer Tim Akinbo were able to deploy and customize a Tunisian data management system for Mourakiboun with some interesting new features. Election day went well: Mourakiboun's observer network successfully collected - and the Elections DemTool processed - over 98% of the data from targeted polling places. The partner group made a strong statement on the election results, validating the good work of the election commission demonstrably and backed by hard data and analysis.

Updates to the Elections DemTools

The Elections DemTool has seen some significant improvements in usability and functionality over the last few months. Highlighted improvements to the tool include:

Localization with a Global Application

Localization, or the process of adapting a platform to a particular language, culture, and local "look-and-feel," can be a tedious process. When deploying our four DemTools in NDI country offices, it was quite a heavy lift to extract content for localization, track and verify translated text, and post updates to the online platforms we were managing. Since we started using Transifex, a localization platform that makes it easier to collect, translate, and deliver digital content in multiple languages, the once significant hurdle of localized language translation is much easier.

Here's how it works: Once you set up a Transifex account, it's easy to create projects for particular websites, apps, or tools that you'd like to see translated. For example, in order to support the recent Tunisian elections, we needed to translate our Elections DemTool into French for the in-country team. After we set up the project and imported the "strings" (aka lines of text) from our Elections site into Transifex, the translation process was smooth, quick, and easy. After assigning appropriate roles to designated translators, reviewers, and administrators, our staff in Tunis was able to lead the translation process. Once all of the French translations were verified, we were then able to take those strings and simply re-import them into our Elections site. Easy as pie!

If you're interested in helping us translate DemTools into your language, let us know.

A Look at Our Aegir Software-as-a-Service (SaaS) Platform

Powerful online applications for organizing and communication have radically changed political activism in recent years. However, these tools have largely been out of reach to those with limited financial resources or technical skills. The development of DemTools was driven by a desire to fill this gap. Their easy, inexpensive use, and adoption worldwide by civic and political party activists, election observers, and members of parliament has the ability to promote stronger connections between government and citizens on a wide variety of governance issues. To make this possible, we developed standardized versions of each DemTool, which are ready for easy deployment through our DemCloud Software-as-a-Service (SaaS) platform. Using a free and open source hosting software called Aegir, our team has been able to deploy and manage a large network of Drupal sites for NDI staff and partner organizations within minutes.

Aegir saves our DevOps team countless hours of systems administration and configuration because new sites can be created with a few clicks. Site management has also been simplified (in-house we call this "Aegirized"). Websites can be easily cloned, passwords reset, and even migrated to new up-to date codebases in minutes and without having to spend any time on the command line. This is a significant improvement to the old way of doing things.

Since the hosting platform is built by a community of system administrators and developers who share Drupal deployment tools, strategies, and best practices, Aegir users have a full range of resources at their fingertips. If you don't believe us, check out the Aegir Handbook, which has taught our own software developers some helpful tips and tricks for using the platform.

To help people better understand how each DemTool works, we created a series of short demo videos highlighting key features and how-tos. Visit our NDItech You Tube channel to watch a demo of the CiviMP, CiviParty, and Elections DemTools, and stay tuned for the demo video on the Issues tool, which is coming soon.

We recently welcomed back the Tech4Dem Happy Hour! Co-hosted by NDI, the International Foundation for Electoral Systems (IFES) and Development Alternatives Inc. (DAI), the series acts as a community forum for groups and individuals working in the technology for democracy space in DC. Each happy hour features a short presentation on a recent program, project, or tool related to civic tech. We kicked off the series with an introduction to DemTools and have since heard from members of DAI's Tunisia Transition Initiative team and IFES' Global Initiative to Enfranchise People with Disabilities.