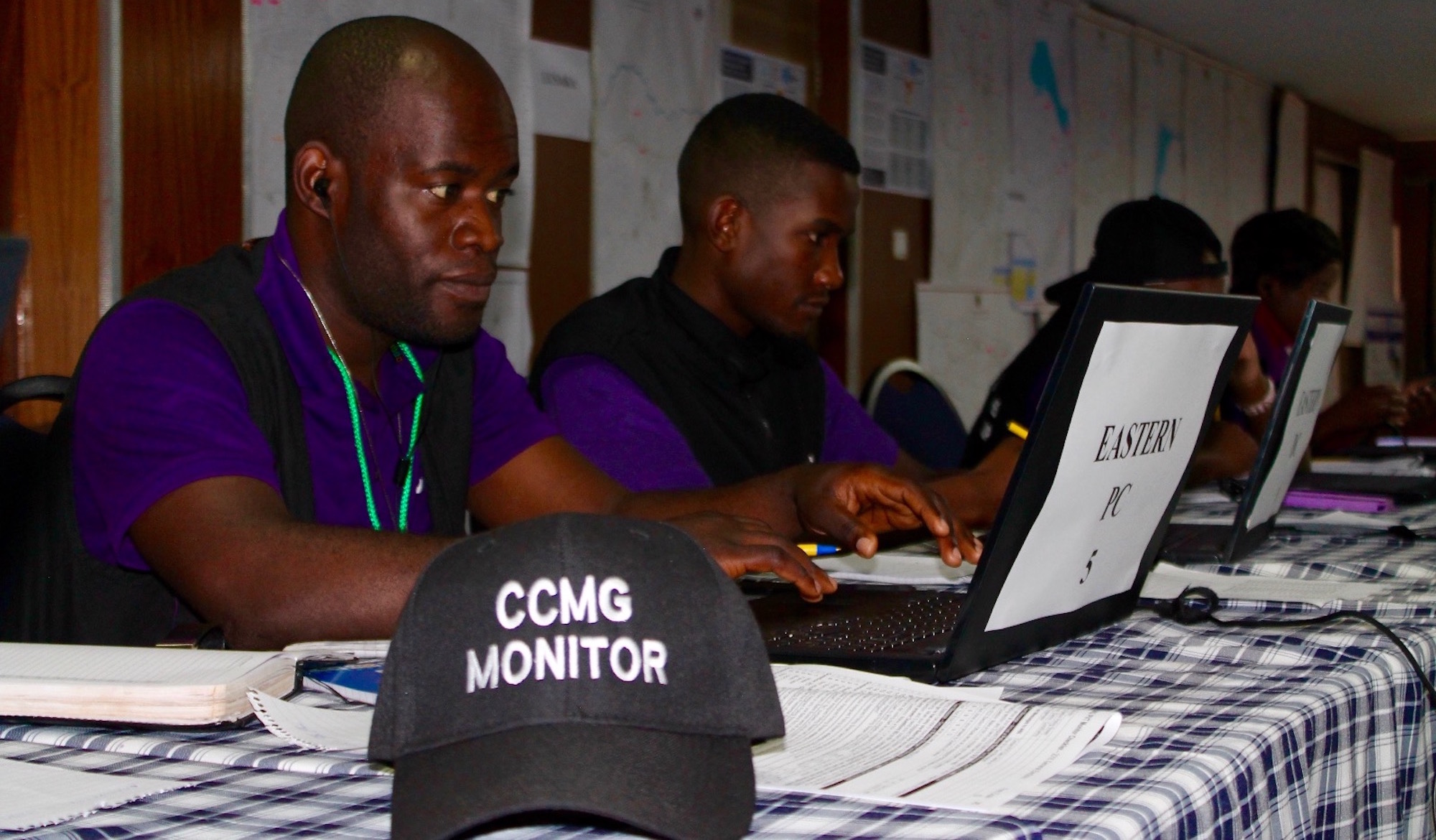 Caption
CCMG data clerks chasing information from the 2015 Zambian election. Photo by Monika Emch
It’s election day in Zambia where I’m working with the fabulous @CCMG_Zambia crew. For those of you unfamiliar with NDI’s work with elections and technology, there’s some great stuff in our blog archive like this, that, and this other thing.
We’re using the Apollo DemTool for election data management, which makes things pretty easy since it’s a well oiled machine at this point. (ed. note: we all lost about a month off our life when the "well-oiled machine" abruptly threw a sprocket this AM. Test test test, people.) The TimbaObjects team is adding some useful new functionality, including better quality assurance logical checks- when it’s been cleaned up you’ll find it in our GitHub repository.
With a solid cloud-hosted database in place the main challenge today (apart from, you know, the actual work of monitoring the election, which is done by the 1566 monitors, 103 district supervisors and 40 datacenter staff) becomes keeping everyone connected - and that’s where we’ve put most of our effort so far. To keep this datacenter up and running, we need internet and, to get internet, we need power.
We’ve rented an external generator to provide backup power for the center in the event of power cuts; there’s a load management program in Lusaka that leads to rolling outages. If it happens (presumably at the worst time possible) the power will go out; our UPS will pick it up seamlessly; we’ll fire up the generator; everyone will continue working as if nothing had happened. Laptops and cell phones of course have the advantages of batteries already.
Internet then becomes the next challenge. We have triply redundant links to the outside world; there’s a primary WiMax connection, backup GSM internet dongles for the computers, and even a fibre link to the outside. Working with a pretty cool adapter by Peplink that lets one connect multiple input lines we’re able to seamlessly fail over between them. It's not often that I casually unplug network electronics or power outlets without disrupting the operations.
As a visiting techie, it’s my job to be a raving paranoiac, thinking of worst-case scenarios that could disrupt the months of planning and hundreds of thousands of dollars invested in this program. As of midnight at the end of election day, we’re feeling good.
Topics
DemTools
Projects
Elections