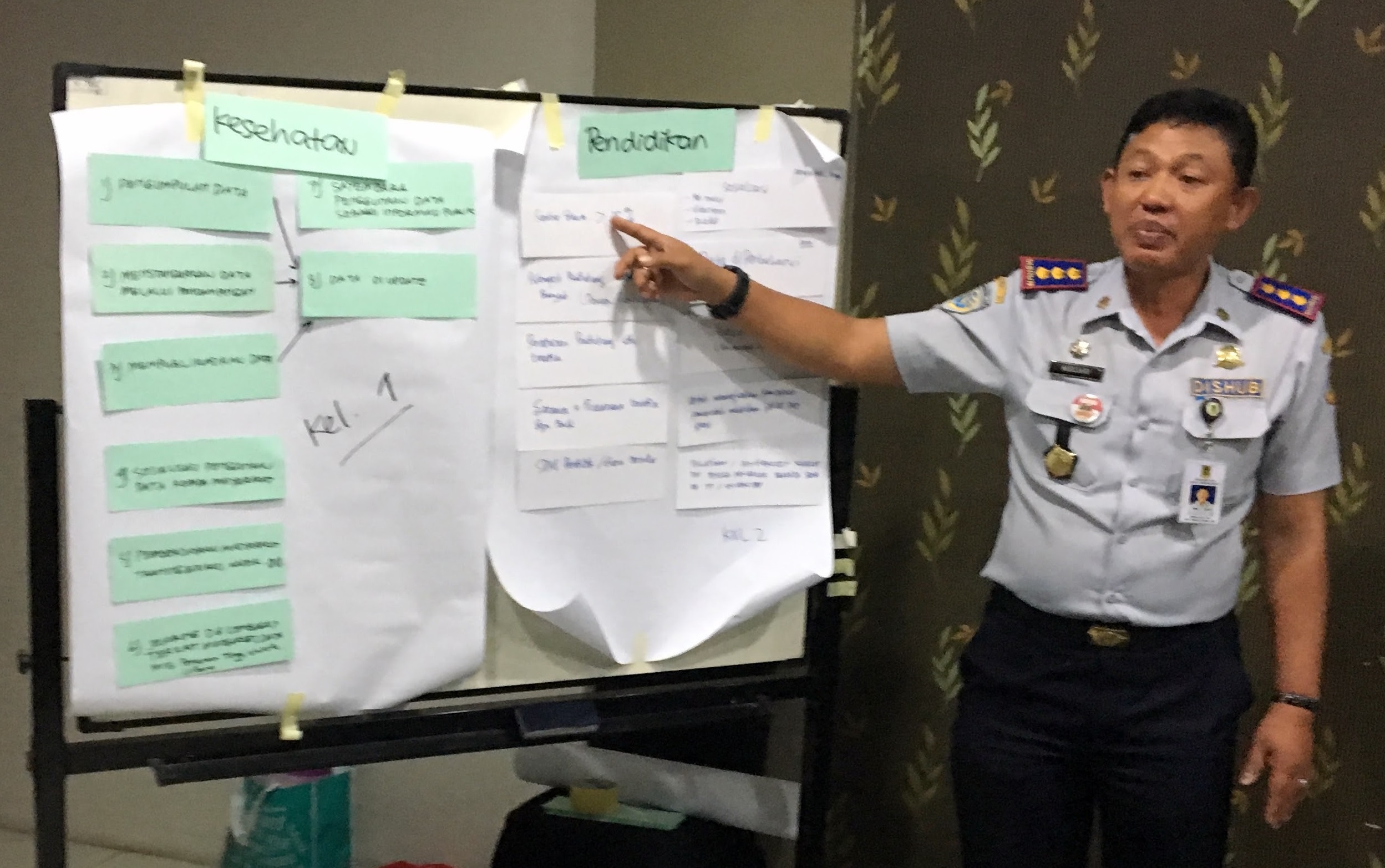 In November 2016, NDI convened government officials and citizen leaders for workshops in three cities in order to assess progress on strategic innovation plans, and discuss approaches to technology and open data that would improve citizen engagement and service delivery.

In 2015, Kompas Newspaper and the Bandung Institute of Technology (ITB) reviewed cities across Indonesia and ranked the top 15 in a Smart City Index. NDI met with Kompas to gather information on the Smart City Index methodology and learn about the approaches used by smart city governments. Following these discussions, NDI identified three target cities to engage in its pilot project – Tangerang, Pontianak and Mojokerto – based on the Smart City Index, a strong presence of local civil society partners, and no local elections scheduled for 2016.

The third workshop was held in Mojokerto, a city of 120,000 people, located 40 km southwest of Surabaya, in East Java Province. NDI facilitated a multi-stakeholder forum where civil society and local government representatives refined their smart city action plans to focus on a single public policy challenge.

The city government of Mojokerto is still in the early stages of implementing open data projects, and the government has included several open data objectives into its smart city roadmap. They’ve committed to participating in open data discussions and capacity building. The mayor of Mojokerto has recently stated his interest in conducting an open data project and integrating citizen communication methods. The government also has identified several collaborative activities with civil society groups as part of its smart city roadmap.

The November 2016 workshop emphasized ongoing service delivery problems including issues with water quality and sanitation, a lack of green spaces, and a lack of support to improve the quality of small and medium-sized enterprises. On a positive note, the government is addressing citizen engagement through mechanisms including an SMS and web accessible e-Complaints system, radio dialogues and weekly community forums. Citizen leaders mentioned the underutilization and lack of accountability with these mechanisms.

The IT community in Mojokerto is small and lacks capacity. The city government is therefore eager for support in technology implementation, and open to training sessions on open data. In the near future, they will be exploring support from the Office of the President, one of the main institutions in charge of implementing Open Government Indonesia (OGI), and exploring the use of free, open source technology applications for complaints reporting and open data.