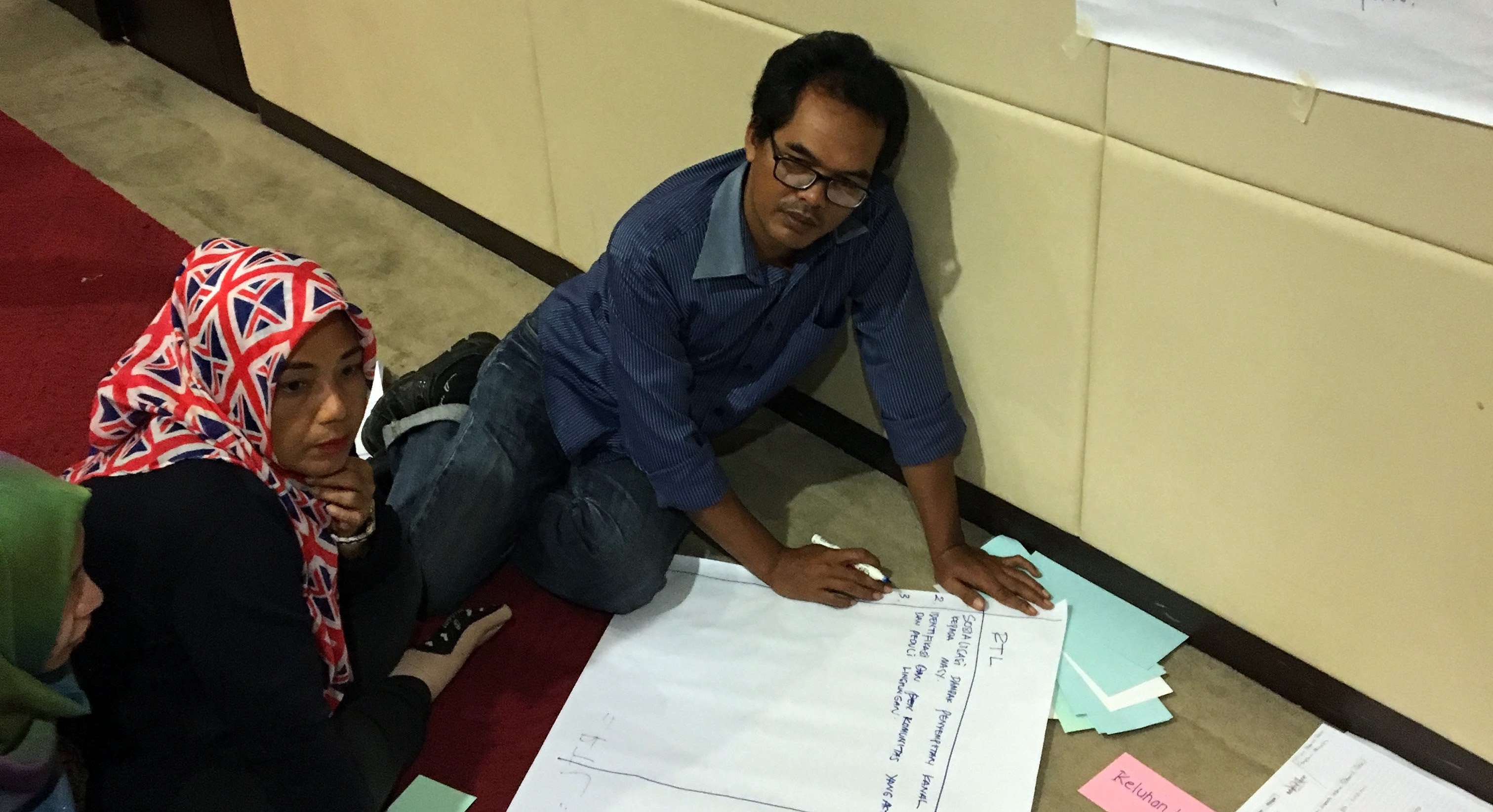 In November 2016, NDI convened government officials and citizen leaders for workshops in three cities in order to assess progress on strategic innovation plans, and discuss approaches to technology and open data that would improve citizen engagement and service delivery.

In 2015, Kompas Newspaper and the Bandung Institute of Technology (ITB) reviewed cities across Indonesia and ranked the top 15 in a Smart City Index. NDI met with Kompas to gather information on the Smart City Index methodology and learn about the approaches used by smart city governments. Following these discussions, NDI identified three target cities to engage in its pilot project – Tangerang, Pontianak and Mojokerto – based on the Smart City Index, a strong presence of local civil society partners, and no local elections scheduled for 2016.

The second workshop was held in Tangerang, a city of 2 million people, 25 kilometres west of Jakarta, and the sixth largest city in the nation. NDI facilitated a multi-stakeholder forum where civil society and technologists worked to prioritize public policy challenges, and plan improvements to smart city approaches.

Of the three partner cities, Tangerang has been the most aggressive in developing smart city technology with support from internet operators and telecommunications providers. Tangerang also benefits from its location near Jakarta, where more tech companies are located. As a result, Tangerang has received many offers from local companies that are willing to assist the city government with implementing data and communication tools.

This year, the city government committed to improving internal coordination for public service delivery and has actively recruited tech-community members to develop several programs and applications for internal use. The city government plans to use these tested applications for the public, and has recently launched a complaints mechanism. However, the current tool is underutilized and the program lacks a good public campaign. Participants shared that most residents do not know that the application exists. The forum participants highlighted that the public campaign done by Smart City Jakarta on Qlue was very successful, and an approach to replicate.

Next steps for the initiative will be to continue supporting engagement efforts including the participants commitment to building a CSO network.